Lena Frischlich offered valuable insights in her presentation at the prevention week of the Network for Democracy and Prevention of the Federal Prevention Council of the State of Lower Saxony. Subsequently, she discussed opportunities for prevention in the digital realm with Frank-Michael Laue from Lower Saxony’s Central Office for Fighting Hate Crime Online, Viet Hoang (Amadeu-Antonio-Stiftung), and Björn Kunter (Lovestorm).

The full stream can be accessed here, Lena Frischlich comes in at 3:33h.

Dr. Lena Frischlich explored the prevalence of psychological variables which may serve to motivate normative and non-normative collaborative action. She looked at four German Facebook groups, identifying one as COVID-19-skeptic, the second as far-right, the third as chemtrail conspiracists and the last one as interested in political affairs.

By doing a qualitative content analysis (N=828),a hierarchical cluster analysis and through the examination of popularity cues, Lena Frischlich was able to show that collective action cues were frequent, most posts transported alternative views or absolutist ideologies and more than one third of posts were either mobilizing or wrathful. They entailed multiple collective action cues, including those that are theoretically linked to non-normative action. Furthermore, posts classified as mobilizing and wrathful were more engaging than alternative views and absolutist ideologies. The different groups also behaved differently: the chemtrail and far-right groups disseminated more content with a higher mobilizing potential, and the far-right group in particular was very active in responding to its members.

The full study can be accessed via the following link:

On May 16th 2022, the foundation of the WWU celebrated its 10th anniversary. Prof. Dr. Johannes Wessels emphasized the foundation’s importance in supporting young researchers and cutting-edge research, as well as facilitating a knowledge transfer.

To mark this special occasion, alumni Oliver Welke (journalist and TV host) returned to discuss the challenges and opportunities participation in media offers. After he and Lena Frischlich talked about hate speech and fake news on the internet, Welke went to the auditorium to answer questions from the roughly 450 students who watched the talk via livestream. They explain what social bots are and show how they are employed to spread fake news and propaganda. Not only the fundamental structure but also the use of social bots for users, especially in – partly automated – counter speech are discussed.

The chapter can be accessed here.

Dr. Lena Frischlich, Tim Schatto-Eckrodt and Julia Völker, together with student associates, shed light on opportunity structures for extremism and its prevention that have been created by the shift toward dark social media. They investigated changes in the social media ecosystem and reviewed literature on Dark Socials and Dark Participation.

Influencing factors like regulation, different genres and types of (dark) social media and attitudes, norms and technical affordances as motivators of human behavior (according to the Theory of Planned Behavior) are linked together and examined with regards to the user’s intention.

The report is divided into two studies: an analysis of different platforms of established and dark social media (N=19), as well as an in-depth scoping review of the state of research on (dark) social media in the context of extremism and extremism prevention (N=142 texts).

One can see that interest in this topic is rising, however the published studies deal mostly with established platforms and little is said about the users themselves and possible effects.

Besides, the team also came up with possible starting points for people working in extremism prevention.

The report can be accessed here:

The junior research group will be part of this year’s “Annual International Communication Conference” (ICA22) in Paris: With five accepted papers (see list of submissions below),  Lena Frischlich, Lena Clever and Tim Schatto-Eckrodt will provide various insights into Journalism Studies, Computational Methods, Mass and Political Communication. The International Communication Association (ICA) is an international academic association related to communication and mass media with more than 6000 members in over 80 countries. Its flagship event is the annual conference, which will probably be held as a virtual conference in 2022 due to the Covid-19 pandemic.

Dr. Lena Frischlich recently participated in a German video on conspiracy myths, which was published by North Rhine-Westphalia’s State Agency for Civic Education. Together with Ingo Grabowsky, Pia Lamberty, Thomas Laschik, Christian Stöcker and others, she talks about the history of conspiracy theories and explains how they work. Besides, she recommends some preventive measures, which can be taken if one knows a conspiracist: talk to them in private, do not try to convince them with just facts and most importantly – know when to take a break and step back in order not to damage the strained relationship further.

The State Agency for Civic Education is responsible for strengthening democratic competence and increasing political participation. Furthermore, it aims to reflect a broad spectrum of social and political orientations. Besides publishing different magazines and books, they also shoot educational videos, e.g. on the political system in North Rhine-Westphalia.

Distorted news about political candidates also circulated in the current Bundestag election campaign. Especially about the candidate of the Green Party, Annalena Baerbock, a variety of false reports and distorted representations circulated (see here). A series of experiments shows that even reading a single distorted article instead of a traditional journalistic contribution can lead to a more negative evaluation of previously unknown political candidates. This effect is most pronounced among people with a stronger affinity for authority and conspiracy narratives. People without these characteristics seem to be less impressionable. But even among these people, opinion formation suffers when journalistic information is lacking. However, voting intentions themselves are not directly influenced by this. Researchers from the University of Münster came to these conclusions based on a series of experiments with a total of 1,024 participants, which were published in the journal Social Influence on 4 October 2021.

Background information on the study

Under the direction of Dr. Lena Frischlich, communication scientists and psychologists from the Westfälische Wilhelms-Universität Münster (WWU), together with former students, investigated the perception and effect of distorted news on the formation of political opinion in three experimental studies. In each study, the participants read either a distorted news report or a traditional journalistic text about a previously unknown political candidate of the Greens or the CDU. The participants then rated the credibility of the article and the candidate himself. In addition, the participants reported their voting intentions.

The distorted news was consistently rated as less credible than the journalistic contributions. “This is certainly gratifying for journalism, but should not be too reassuring, since some people did believe the distorted news,” explains Dr. Jens Hellmann, the study’s second author.

Particularly important for the democratic process: those who read the distorted news subsequently judged the political candidate more negatively and less trustworthily than those participants who could inform themselves from journalistic articles. Again, this was especially true for those with more pronounced allegiance to authority and stronger approval of conspiracy narratives. However, people without these characteristics also rated the candidate more negatively if they had read a biased article rather than a journalistic one. “We suspect,” says Dr. Lena Frischlich, the study’s lead author, “that the biased article simply did not provide these individuals with enough information to form an informed opinion in the first place.”

“In summary, our results show that the effect of biased news on democratic decisions must also be considered in the context of journalistic reporting,” says Lena Frischlich. “Biased news unfolds its full effect primarily on certain individuals. But we all need access to trustworthy information in order to form an informed opinion about political candidates,” Frischlich continues. However, the distorted news had no direct influence on voting intentions. 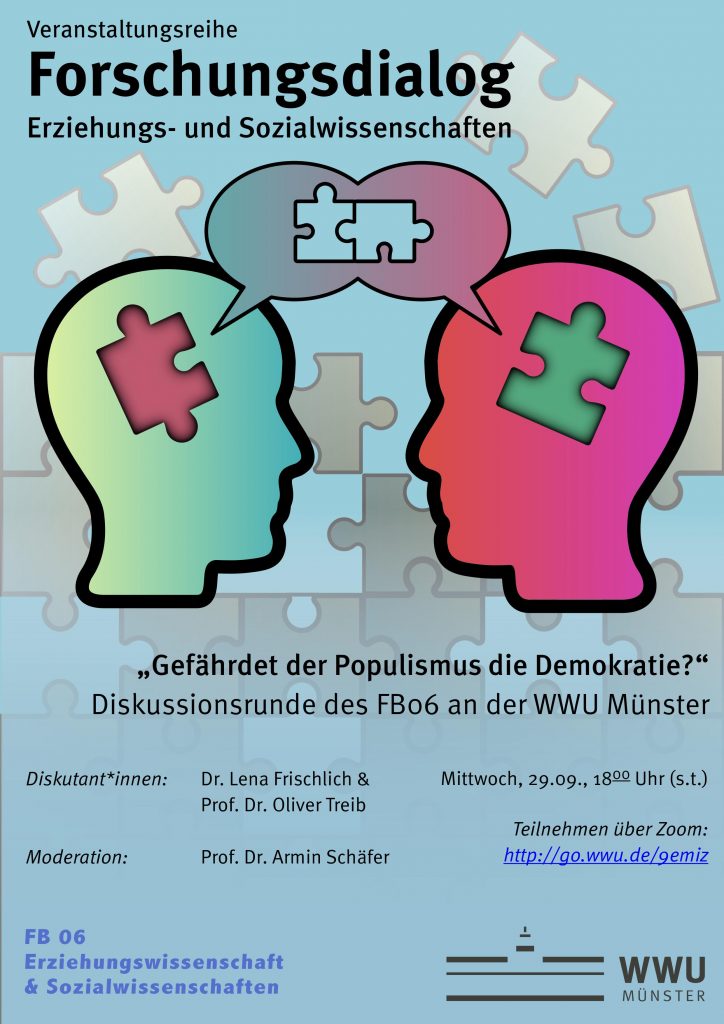